Keeping up with the Coalition on Advancing Research Assessment (CoARA) 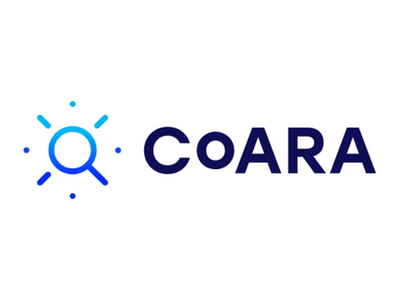 CoARA Secretariat is looking for a Programme Manager. Learn more.

UNICA becomes an official member of the CoARA.

The Constitutive Assembly of CoARA was established in Brussels, with more than 300 organisations formally adopting CoARA’s governance documents, rules of procedure and code of conduct.

During the Assembly, the preliminary workplan and budget for the coalition were approved and European Science Foundation (ESF)-Science Connect was formally appointed as the CoARA Secretariat.

The Assembly also elected the coalition’s Steering Board which will be Chaired by Rianne Letschert, President of Maastricht University.

The Assembly was followed by a round table to present the outcomes to the wider public.

UNICA joins 182 other organisations, as signatories to the Agreement. UNICA, therefore, demonstrates its commitment as a Network to contribute actively and constructively to reforming research assessment.

The research and innovation community is moving forward with seeing the value created by researchers duly recognised! In July 2022, following an extensive co-creation exercise, the Stakeholder Assembly presented the final Agreement on Reforming Research Assessment. Few months forward, EU R&I Days participants had the chance to take a look at the Agreement and what does that mean in practice. As part of the session, fostering great support and cooperation, it was also announced that the Agreement is officially opened for signature (as of 28/09/2022).

This process, outlined in the Agreement, puts forward a shared direction for changes in assessment practices for research, researchers and research performing organisations, while respecting organisations’ autonomy. The goal of this shared direction is to broaden the diversity of recognised research outputs and activities, thus maximising the quality and impact of research.

With set principles, commitments and timeframe for reforms outlined, all signatories should acknowledge that this Agreement does not have any legally binding effect, yet it represents a public commitment to contribute actively and constructively to reforming research assessment. It also lays out the principles for a Coalition of organisations willing to work together in implementing the changes. This will be known as Coalition on Advancing Research Assessment (CoARA) and will be officially established by the end of 2022.

What is the CoARA and the Agreement on Reforming Research Assessment?
CoARA is a global Coalition of signatories of the Agreement on Reforming Research Assessment. This agreement sets a shared direction for changes in assessment practices for research, researchers and research performing organisations, with the overarching goal to maximise the quality and impact of research. It results of an extensive co-creation exercise led by EUA, together with Science Europe, Dr. Karen Stroobants (in her individual capacity as researcher with expertise in research on research), and the European Commission.

The Agreement includes the principles, commitments and timeframe for reforms and lays out the principles for a Coalition of organisations – the CoARA – willing to work together in implementing the changes. The Coalition was officially established in the end of 2022.

Signing the Agreement and joining the Coalition can be done at any moment. Check all information at www.coara.eu