Message on the passing of European Parliament President David Sassoli 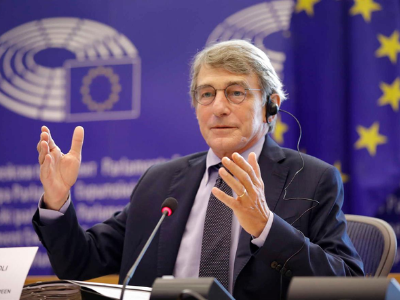 UNICA is deeply saddened to learn of the passing of European Parliament President David Sassoli.

UNICA remembers David Sassoli as a committed and passionate European. We remember in particular his enthusiasm and trust in young Europeans to become an active part of the European project. On the occasion of Europe Day, on 9 May 2021, David Sassoli addressed students from the European Parliament Ambassador School Programme (EPAS) by saying that “Europe is build thanks to its citizens” and added that the students’ commitment is a “clear sign of the importance you give to the European project”.

He went on by highlighting the students’ role in the democratic process: “We need an Europe that is increasingly the protagonist, and I am very confident in you because you, young people, are very sensible to the topic of the parliamentarian democracy and the values of the European Union”.

UNICA mourns this loss and expresses condolences to the family, friends, and supporters of David Sassoli.