The rise of humanists: University of Oslo presents unprecedented plan to strengthen the Humanities 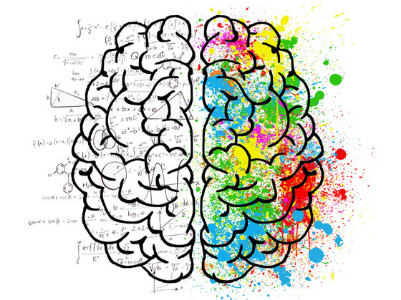 Norwegian UNICA member, the University of Oslo (UiO), unveiled an ambitious and innovative action plan to strengthen the position of the Humanities towards 2030, following the government’s intention to realise the full potential of this field to meet society’s major challenges.

The plan was presented in late January by the Rector of the UiO, Svein Stølen, and the Dean of the Faculty of Humanities, Frode Helland, through an article entitled “Society needs strong humanities”.

UiO:Nordic, a world leading research initiative on the Nordic region and Nordic issues in an international context, has also pushed the development of such a strategy forward.

According to Stølen, and Helland, “The strategy shall contribute both to new knowledge and to ring-fencing the democratic values our society is built upon and decide the way forward for the next decade”.

With the implementation of this plan, UiO foresees the reinforcement of its status as the  strongest university of humanities in Norway and its leading position in research both at the Norwegian and European levels.

The strategy, which involved 12 professors, three faculties and the Museum of Cultural history, focuses on six main areas:

Read more about the strategy of the University of Oslo:

The return of the Humanities

After a period of devaluation that lasted for a few decades as other fields were consistently promoted and widespread, the Humanities are slowly making a return to the spotlight. The Norwegian 2017’s White Paper to strengthen the role of Humanities and the subsequent strategic plan presented by the University of Oslo is a clue that points out to this scenario, but other initiatives have been observed. Together with other institutions, UNESCO organised in 2017 the “World Humanities Conference. Challenges and Responsibilities for a Planet in Transition” to engage all continents in a debate concerning the role of Humanities in knowledge society and bridge the gap with other scientific fields. More recently, in July 2020, the British Academy and UK Research and Innovation (UKRI) launched SHAPE, a new collective name for the Social Sciences, Humanities and Arts, which champions the fundamental role of AHSS disciplines in understanding our world and making it a better place.

The scientific community seems to be increasingly aware of this trend too, as revealed by an article published in 2019 on Humanities & Social Sciences Communications entitled “The place of the humanities in today’s knowledge society”, which explores the reasons for the discrimination against humanities while ending with a hopeful conjecture for the field.

One of the main reasons behind the prejudice of the Humanities lies in political constraints, as public investment was reduced and Higher Education was pushed to enter the market throughout the 90s. At the same time, the mission of the universities was placed in serving the economy, which drove other fields of study into popularity, in particular business administration. However, as noted by Rosário Couto Costa, author of the aforementioned article, “we can see that the humanities have been confronted not so much with a direct and explicit denial of their benefits, but with the exalting of skills and traits strongly connected to other knowledge fields, such as business administration”. If this is the problem, and bearing in mind the many documented and recognised advantages of studying the humanities, the challenge for the scientific community is, indeed, not as much how to convince people that the humanities are beneficial, but rather to find ways for those benefits to be noticeable and observable in the resolution of the pressing societal issues.

Read more about the strategy of the University of Oslo and the importance of Humanities:

This strengthening of the Humanities is yet another rationale of the increasingly importance of inter- and transdisciplinary research and education, as synergies are proving to be more successful in the response to complex challenges.

UNICA has been addressing these topics on a regular basis. Together with CESAER, we recently published a joint open letter to the European Commission and Science Europe, outlining recommendations on how to advance funding for inter- and transdisciplinary research under competitive national and European funding instruments in the years ahead. Read more about this here.

Interdisciplinary and intersectoral education in modern universities is also the topic of the first UNICA Rectors Seminar of 2021, whose first part took place on February 10 and the second is scheduled for February 24.

During the first session, which explored the topic from the point of view of education, academic leaders had the opportunity to discover strategies that some of the UNICA members are carrying out to educate within the innovative approach, as well as to debate new dilemmas and challenges that are rising. Learn more about this and register for the second session on February 24.