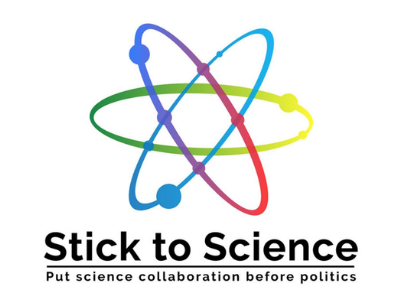 Story highlights
– UNICA supports campaign to put science collaboration before politics
– Campaign is addressed to the European Council, Parliament, Commission, as well as European Union (EU) Member States, and the governments of the UK and Switzerland

On behalf of all of the signatories of the Stick to Science campaign, the initiators of the campaign have sent a letter to the President of the European Commission, Ursula von der Leyen, on 22 June, asking her to intervene urgently in the critical issue for science created by the delay of the association of the United Kingdom and Switzerland.

The Stick to Science campaign was initiated as a pan-European effort to expedite the association of Switzerland and the United Kingdom (UK) to Horizon Europe. The signatories believe that collaboration in science, research and innovation in Europe is more important than ever as we face some of the world’s greatest challenges. At present, the association of the UK and Switzerland to Horizon Europe has been delayed and there is no clear vision of the eventual outcome.

Due to the current challenging political context, the signatories of the campaign understand that the delay in the association can only be resolved at the highest level of the European Commission, which is why we have now written to President von der Leyen. Similar calls have been made to the UK and the Swiss governments in the past weeks and months.

Join the ‘Stick to Science’ campaign to make the case that

Switzerland’s and the UK’s association agreements to Horizon Europe must be concluded as swiftly as possible.

Sign up the campaign now and invite others to join!

UNICA joined the European research community in the ‘Stick to Science’ campaign for open and barrier-free collaboration among Europe’s research and innovation (R&I) actors, who all share the same values. With the maxim “Put science collaboration before politics”, the initiative is an active response to the delayed  progression of association agreements with Switzerland and the United Kingdom (UK), which are being held up by political barriers that have nothing to do with science.

The signatories request that the European Council, Parliament, Commission, as well as European Union (EU) Member States, and the governments of the UK and Switzerland, recognise that advancement in R&I is best achieved when all actors in science and innovation work together across geographic boundaries. This has never been more important than now, as the world faces serious global challenges (e.g., mitigating pandemics, climate change, and addressing food security). Allowing political differences to prevent scientific collaboration is contrary to the interests of society at large.

The signatories urge the EU, the UK and Switzerland to rapidly reach association agreements so that the two countries can contribute scientifically and financially to the strength of Horizon Europe and to a truly open, inclusive and excellence-driven European Research Area.

As a network that seeks to strengthen Education and Research across universities in European capitals, and has members in both Switzerland and the UK, the participation and status of such countries in Horizon Europe is a subject UNICA has been involved in. Through the UNICA Research working group, we frequently organise events related to research policies, programmes and funding in which this subject is debated.