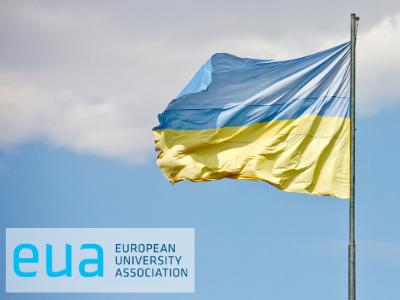 Representatives of three UNICA universities, namely Charles University, Universitè libre de Bruxelles, and the University of Belgrade, integrate a new task force set up by the European University Association (EUA) to support the reconstruction of the Ukrainian higher education system.

According to EUA, the aim of the task force is to “provide strategic advice and guidance to support Ukrainian universities, both individually and collectively, during and in their recovery from the effects of the war in Ukraine, and in the reconstruction and long-term development of the higher education system.”

The chair of this task force is Ivanka Popović, the former Rector of the University of Belgrade in Serbia and EUA Board member, who was an active participant in UNICA activities during her time as a Rector.

The other two leaders from UNICA universities integrating this task force are Milena Králíčková, Rector of Charles University Prague (Czech Republic) and Anne Weyembergh, Vice-Rector for External Relations and Cooperation, Université Libre de Bruxelles (Belgium). The group includes other six academic leaders from institutions operating in the area of Higher Education from Europe, including Ukraine.

Based on the principle of academic solidarity, the group will provide input, recommendations, and support on sector-specific issues.

Learn more about this task force at the website of EUA.