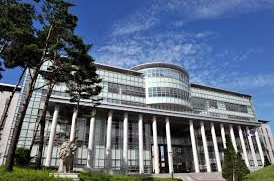 Former Secretary-General of the UN Ban Ki-Moon will deliver a keynote speech on global sustainability through education at the 2nd Conference of the Hanseatic League of Universities, which will be held at Incheon National University, South Korea, on 3-5 July, 2019.

The Conference will gather representatives from higher education institutions from different continents on the topics of collaboration, innovation and entrepreneurship as a means for the universities to implement real change in society. Participants will also have the opportunity to discuss a new university ranking system that is quite different from the existing ones.

Visit the website of Incheon National University for further information and programme.

About the Hanseatic League of Universities

In 2018, presidents of 10 universities from major cities across Europe, Asia and America were invited by President Henk Pijlman of Hanze University of Applied Sciences. This university was named after Hanseatic League, which existed from the 12th century through the 17th century as a confederation of approximately 190 cities in Europe to protect the citizens’ safety in life and freedom in the economy.

During the meeting, participating presidents voiced their preference to focus on the practical application of science and technology as a basis for world university rankings, rather than the mere outputs of research papers and citations that currently represent the majority of factors used to compare and gauge the quality of a university. The presidents agreed to turn the meeting into the 1st Conference of the Hanseatic League of Universities, with the mission of working together to address the real impact of higher education on society and industry. Incheon National University agreed to host the 2nd Conference of Hanseatic League of Universities in 2019 as part of its 40th Anniversary.