“The Story of Europe Awaits You!” – Discover UNICA’s campaign to promote voting 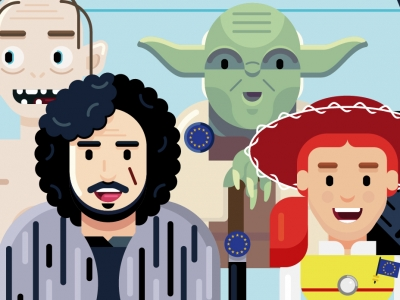 In the European Elections of 2015, the lowest rate of voters was registered in the population aged 18-24. Explanations for this phenomenon are vast, spanning from national situations to lack of interest in politics in general. In an effort to get more people out to vote, many organizations have launched campaigns. Recognizing the importance of young people’s voice in the EU, UNICA is joining the efforts to encourage voting with a fun social media campaign that seeks to convey young voters as the main characters in the Story of Europe.

The goal of the campaign is to connect young people to the idea that their participation matters. That’s why the campaign’s image is based on cherished movie characters that portray a recognizable and well-known message: adventure is out there! It’s taking place in Europe and everyone is invited to take part in the quest of deciding upon its future through voting.

We invite you to take part in this journey by sharing the campaign. You will find a different picture on social media every week-day until the elections. You share them through UNICA’s Facebook and Instagram or download it directly here. Also, don’t forget to use the hashtags #ThisTimeImVoting, #EUelections2019 and #VoteForEducation.

Are you ready? The Story of Europe awaits you too!

More on the EU elections: