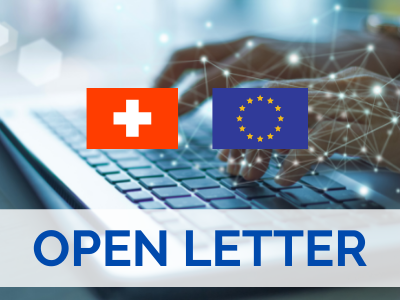 15 European STI Councils and Advisory Bodies and other Science Organisations, including UNICA, published an open letter outlining the importance of continuing the long established and mutually beneficial cooperation between the EU and Switzerland in the domain of research and innovation.

The joint letter is an appeal to let Switzerland take part in Horizon Europe, EU’s key funding programme for research and innovation with a budget of €95.5 billion, following the decision of the Swiss Government to end years of negotiations with the EU for an Institutional Framework Agreement to regulate long-term ties. Although these negotiations were not related to collaboration in science and research, the signatories are concerned that the EU might respond to the situation by excluding Switzerland from participating in Erasmus+ and Horizon Europe programmes.

On the long established tires between EU and Switzerland, the letter outlines:

The signatories also draw attention to the challenges that the world is currently facing, including Climate Change and the post-Covid recovery, and how collaboration is key to overcome these.

Open Letter on the status of Switzerland within Horizon EuropeDownload

Further context on the EU-Swiss relationship in science & research

Fears over the possibility of Switzerland being excluded from EU’s research and student exchange funding schemes are plausible having in consideration previous episodes in the relationship between the EU and Switzerland. In 2014, after the controversial Swiss vote to re-introduce immigration quotas for EU citizens, the country’s participation in EU’s research programme was suspended for six months, which led swiss researchers to lose two calls for the European Research Council grants.

Switzerland was able to rejoin Horizon 2020 afterwards,  but participation in Erasmus+ remained limited to the partner status. The country responded to this with a Swiss-funded interim programme for exchanges (the Swiss-European Mobility Programme  – SEMP), but it’s currently looking to obtain a response from the EU to get the associated country status for the Erasmus+ 2021-27.

In conclusion, universities and other science institutions wish that political discussions on the EU-Swiss framework agreement are kept separate from the negotiations on the Horizon Europe association, and this open letter by 15 institutions is a testimony of such position.