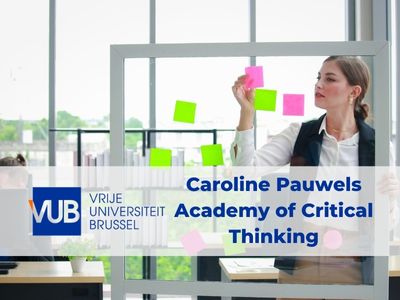 Rector Jan Danckaert announced the creation of PACT, the Caroline Pauwels Academy of Critical Thinking, in honor of Caroline Pauwels’ immense work to take dialogue, interaction and connection with society to the next level.

PACT was the last major project Caroline Pauwels had in mind before she passed away on August 5 of this year. Her big idea behind this academy – originally to be called the Poincaré Academy of Critical Thinking – is the implementation of the principles of the Enlightenment: critical thinking, free inquiry and radical humanism.

Learn more about the initiative here.