24 January 2022 | European Universities - From UNICA - From our Members 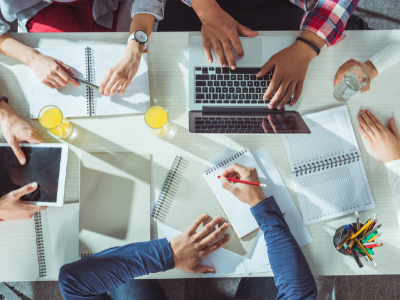 To highlight the role of education for peace and development, the United Nations set 24 January as the International Day of Education. To celebrate this special day, Universities Portugal, a consortium of the most prestigious Portuguese public universities, organised the webinar “Models for Internationalization of Higher Education: towards inclusive universities and sustainable communities”. UNICA took part in this webinar, represented by the President Luciano Saso, who spoke during the panel “The role of networks and alliances under the European Strategy for Universities”, together with Silvia Recio Secretary-General YERUN) and David Bohmer (Secretary-General CESAER).

The event, which was promoted by the UNICA member NOVA University Lisbon, focused on the different models for internationalization of Higher Education Institutions and the positive impact in the cities and the communities in which these institutions are located.

This is a very important moment for European Higher Education, probably the most important after the Bologna Process.

During his intervention, Luciano Saso stressed the long tradition of collaborating with other networks, and how that practice was transported to the context of the European Alliances. He also highlighted the importance of this initiative by saying that “this is a very important moment for European Higher Education, probably the most important after the Bologna process”. According to Luciano, this can be explained by two factors, one that concerns policy & strategy and another that concerns context: “We had a strong push by the initiative itself, because there was a strong engagement by the leadership of universities and of the members states, which is unprecedented. At the same time, COVID has also pushed for the acceleration of the process of digitalization, creating a momentum to discuss the implementation of virtual and blended mobility and the creation of European degrees.”

Inclusivity is an issue, we need to be followed by other universities.

On a more mindful note, the UNICA President drew attention to the important implications on inclusivity resulting from the Alliances: “until now only a few percentage could benefit from physical mobility. This could open the opportunities for more students. It will also call for an update of the models for mobility”. On the other side, inclusivity also concerns the initiative itself, as currently there are 41 alliances with only around 280 universities involved, “inclusivity is an issue, we need to be followed by other universities who have initiative and are willing to come on board”; he added.

Luciano also pointed out other challenges related to the implementation of the Alliances, as the saturation of internal resources, since staff working in the alliances is combining this work with other tasks.

The full-day event included other panels, including on topics as Accreditations and Rankings in internationalization, the concept of Student-centered academia, and the role of International HEI in unlocking community development.