Professor dr. Caroline Pauwels is Rector of the Vrije Universiteit Brussel. She studied Philosophy and Communication Sciences and since 1989 is a member of the Communication Sciences Department, that she presided for several years.  She promoted in 1995 with a dissertation on the audiovisual policy of the European Union. From 2000 to 2016, Rector Pauwels directed the Research Center SMIT, that specializes in Information and Communication Technologies, and that became part of iMinds (now IMEC) in 2004. Within iMinds, Rector Pauwels was Head of the Digital Society Department that unites Research Groups from the Universities of Ghent, Leuven and Brussels.  From 2012 to 2014, the University of Ghent awarded her the Francqui Chair. In addition, she was/is a member of several Boards of Directors, functioned as Government Commissioner for the VRT and is a member of the Royal Flemish Academy of Belgium for Science and the Arts. 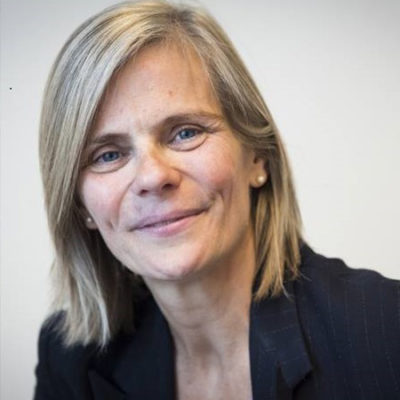