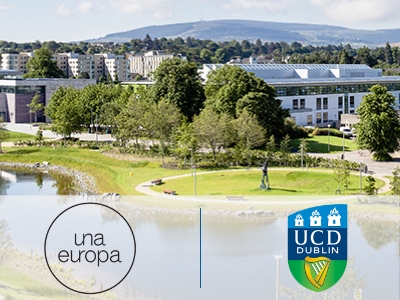 Manifesting a university that is “not a place, but a body of knowledge, ideas, and values, evolving freely beyond borders, mediums and time“, Una Europa aims to draw on the collective strengths of its members to create a truly European inter-university environment, a University of the Future.

About the new endeavour, Professor Mark Rogers, Acting President of UCD, said that “At a time when Ireland seeks to deepen its links with Europe and its institutions this represents a significant intensification of our European cooperation. I look forward to working with our alliance partners to create a European University of the Future.“